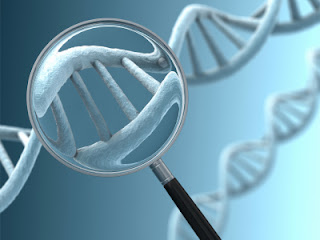 Age-related Macular Degeneration (AMD) is a leading cause of vision impairment and blindness in the developed word. It occurs when the macular region of the retina, which is responsible for the images in the center of our visual field, begins to wear out. This process occurs from either yellow, “drusen” deposits below the macula in “dry” AMD, or less commonly due to new, abnormal blood vessels that form below the macula in “wet” AMD. Either way, the result is gradual, central vision loss that is often most apparent initially when reading. While these changes are irreversible, recent studies indicate there are steps that at-risk patients can take to reduce the chances of developing AMD or to limit its progression. The risk for developing AMD increases with advanced age in the general population and is compounded by smoking. However, there is also a known hereditary component to the disease, and those with a positive family history face a higher risk.


The current standard of care for treating patients with a confirmed diagnosis of AMD, as well as prophylaxis for those with a family history, is to provide prescribed dietary supplements, a practice based on twelve years of data from the Age Related Eye Disease Studies (AREDS 1 and AREDS 2). Additionally, medications can be prescribed for wet AMD to retard the development of the blood vessels that damage the macula.


Newer developments in the field of AMD include options for genetic testing, which were typically very expensive until recently. The Macula Risk Test is now available for no out-of-pocket expense through most health insurances, including Medicare, for patients that have an existing AMD diagnosis, whether an early or later stage of the disease. The data from this test provides your optometrist or ophthalmologist a better risk assessment and will help guide their treatment plan; research published as recently as August 2013 identifies specific combinations of two genetic markers and corresponding therapies that can improve the disease prognosis.

The Vita Risk DNA Test varies slightly, as it is designed specifically for patients that do not presently have AMD. This test can help to guide therapy, because if no AMD risk genes are identified, zinc had been proven to provide the most protective effect. Yet, in patients with AMD risk genes, zinc provided no protection and actually minimized the benefits of the antioxidants found in both of the AREDS formulas. This genetic testing format is not yet covered by health insurances, but is still relatively low cost to the patient.


We are excited to offer both tests at Carillon, which take less than 2-3 minutes and only require an oral cotton swab from the patient’s cheeks. The samples are then mailed off to the genetic laboratory and results are obtained and discussed in approximately a month, either over the phone or in person.


More information for my fellow medical colleagues may be found here (http://www.arcticdx.com/home), and I certainly encourage them to add this valuable service to their practice.


Disclaimer: Dr. Neukirch does not have any financial interest in the company that provides this genetic testing.